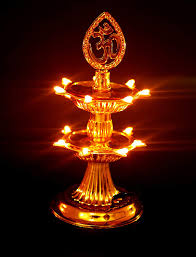 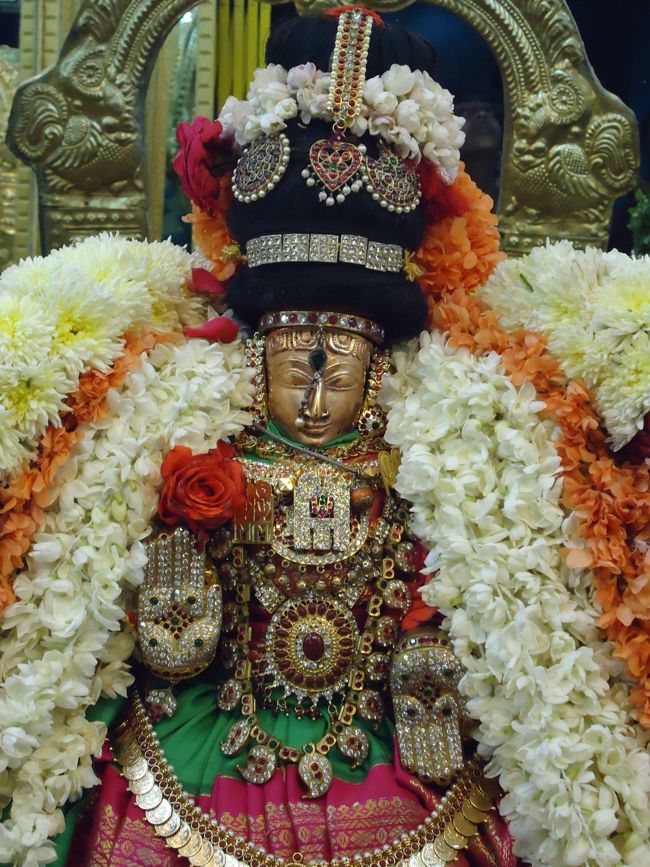 But, his son, Prahladan, who was a great Sri Vishnu bhaktan, did not say his father’s namebut chanted Sri Vishnu’s Naamam “Om Namo Narayanaya Namaha”. Because of this, Hiranyan tried to kill his own son and was finally killed by Sriman Narayanan who took the form of Sri Narasimha. So, this is the Avatharam, which was donned because of the bhakti of young Prahladan. In this Kali yugam, Naamams of Sri Vishnu if chanted religiously will protect us and will lead us on the right path.

The second point, is if one has to worship Lord Narasimha here at Gatikachala Kshetram for a specific boon or saraNaagathi, he will offer the same at once. All the Avatharams have to live for a finite time in a life cycle before their mission is accomplished. It is believed that people who cannot go to this shrine can also obtain the same if they meditate on this Lord for a kadikai whereever they are, and seek a boon or a relief or acceptance of saraNaagathi. For facilitating the worship of this Lord in kadigai from where you are, note the dyaana slokam of this kshethram which are beatific verses in themselves. Lose yourselves in the praise of the Lord Yoga Narasimha.

The periya malai (big hill) is about 450 feet high where Moolavar Sri Yoga Narasimar is found in Irundha (sitting) kolam facing his thirumugham towards East direction. The unique feature of this temple is that Lord Yoga Narasimha is seated in a yoga asana with Salagrama Hara (necklace) and Chaturbuja (four arms). He holds Shanku (conch) and Chakram (discus) on two arms. The other two arms signify a meditative posture. Lord Narasimha, it is said, opens his eyes from his meditation only during the Tamil month of Karthigai, which falls in November-December months, and blesses his devotees. Hence, he has delegated his authority to Goddess Amirthavalli Thayar, who grants boons instantly to the devotees who come to this temple.

The Thayar of the Sthalam is Sri Amirthavalli and she is found in a separate sannadhi. It is said that she emerged sitting on a thousand petaled lotus, from one of the ponds near Gatikachalam. As She was holding the Amrita creeper in her hand She came to be known as Amritaphalavalli and was married to the Lord on a Friday.

Hence the devotees worship the Goddess here on Fridays to obtain Her grace. She blesses the devotees with boons (yielding, prosperity, longevity and happiness). Goddess Amirthavalli comes in the dream of devotees who stay here on vratham (seva) for a few days. Often, she cures their disease and fulfils their wishes. Every Friday at 7am in the morning, there is a Prarthana Utsavam for Amirthavalli Thayar with special Abhishekam for the Thayar and Perumal. The Utsava (small) Goddess is known as Sudhavalli Thayar. 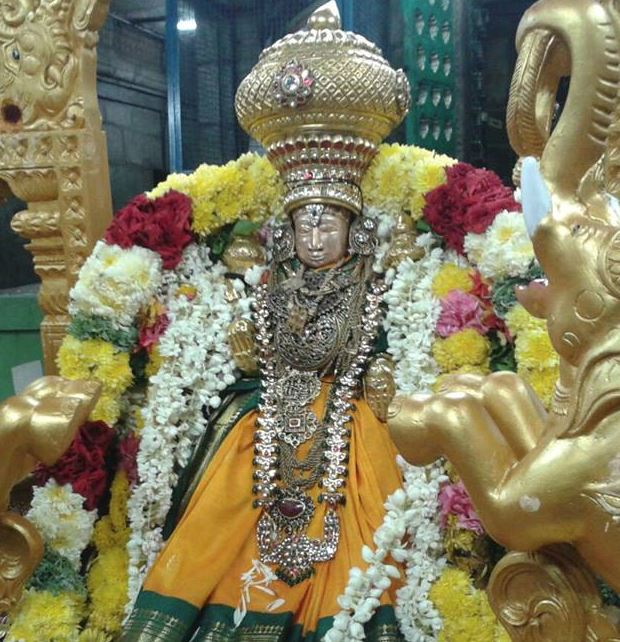 On the smaller hill is Yoga Anjaneyar facing west & worshiping Lord Narasimha. Anchaneyar is said to have remained here atop the small hill and is seen here with four hands (Chathurbhuja Anchaneyar) in a Yoga posture with sangu (conch), chakram (discus), Japa Maalai (prayer beads) and the fourth hand with a Japa Sankai (counting the Japam). Lord Rama Patabisheka is engraved on his Krida (crown) of Hanuman.

There is a Rama Sannadhi and Ranganatha (Bala Sayanam) Sannadhi inside the Yoga Anjaneya temple. There is also a small temple tank within the temple premises (a marvel at such height). Nowhere else in the world is Anchaneyar seen with sanku and chakram given by Lord Narasimha himself to protect his devotees.

Hence, a visit to this temple will definitely ensure devotees a prosperous life as the Lord Anchenayar himself grants them various boons. On Sunday at 7am, there is special Abhishekam for Lord Anjaneya.

The Utsava (small) deity is known as Bhaktavatsalar. He resides at the foot hills (not in the hilltop) in a separate temple in Sholinghur town. Bhaktavatsalar (Thakkan) is seen in Dhyanam Stage with Goddess Sridevi (Periyapiratiyar) and Bhoodevi (Bhoomipiratiyar) on either side. The utsava deity is brought to the hilltop only a few days in a year during Narasimha Jayanthi, the birth star of the Lord Narasimha; when hoisting the flag or the Dwajaarohana (Chitirai Utsavam) during Brahmotsavam (performed for ten days) every year; and during the Kalyana (Vivaha Mahotsavam) in March known as Panguni Uthiram. The divine marriage of Goddess Sudhavalli Thayar with Bhaktochitar is performed in the hilltop. The Lord is also brought back during the Dwajaavarohana or while bringing the flag down on the ninth day, a day before the finish of the Brahmotsavam festival. There are separate sannadhis for Andal, Alwars, Garuda Vaahana Varadharaja Perumal, Erumbiyapa and Doddacharya. There is also a sannadhi for Adi Keshava in the Sholinghur town temple. The sacred water at this temple goes into the feet of the Lord Kesavan and from there directly on to the earth below. The Town Temple renovation was funded by Janardhana Raja, a ruler of Karvet Nagar (near present day Pallipet, in Vellore district). Dhoddacharya family stays near the Town Temple.

Simha Koshtakkruthi (Simhagra) first vimanam is found on the entrance of the Periya malai. While entering through the entrance and going round it, we can see the Thayar sannadhi and after it, we can get darshan of Sri Yoga Narasimha. The Vimanam or the temple tower is known as Hemakoti Vimanam.The temple is 5 tiered and has 7 kalasams. The gopuram height is 50 feet, and base is 22 feet.